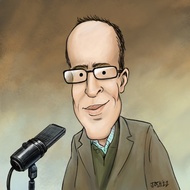 The Delingpod@JamesDelingpole
August 16, 2022
Why I Entertain Crazy Conspiracy Theories

Does it really matter whether or not the real Paul McCartney blew his mind out in a car in 1966 and has since been replaced by a series of fakes?
Should we care whether the Moon Landings were real or an elaborate con trick?

And who cares who killed JFK given that it all happened so very long ago that many of us weren’t even born back then?

These - or questions like these - have begun to crop with worrying frequency in the online communities which I frequent. If I were of a more paranoid bent I might ascribe this to an elaborate conspiracy to infiltrate my circles with double agents who pretend to be on my side but whose real job is to discourage me from investigating places They would prefer I didn’t visit. Actually, though, I think the truth is rather more prosaic.

I think there are various reasons why a few (but by no means the majority) of my viewers and readers and loose admirers would prefer I didn’t go down certain rabbit holes. Let me address them one by one.

One of the perils of announcing to the world that you’ve found Jesus is that you find yourself deluged with Christians - some delightful, some a bit annoying - telling you how to do your job. This is because Christianity itself is a massive rabbit hole with adherents holding a multitude of differing views on what true faith entails. Some, for example, take a Trust The Plan approach, which seems to involve remaining in a state of divinely-approved ignorance. “Just focus on God and the rest will take care of itself!” they urge - and I concede that there is scriptural support for this way of thinking. But I am not one of those Christians - nor do I believe it is the path that God has chosen for me. Imagine how shit and boring my podcasts and writing would be if I did take that approach: “Nah, I’m not going to investigate that because it might divert my gaze from Heaven…”

It discredits our Cause

Yeah. I used to think like that too. I remember at one of the very early marches in London being approached by various types banging on about 5G, chemtrails and such like, who wanted me and Toby Young to appear on a platform at their next rally. Tobes and I agreed that this would be a mistake because by associating ourselves with such wacko causes we might dilute the impact of our message. But looking back I think it was a weak and dishonest excuse. Sure, yes, it’s conceivable that if you think somebody is not credible on one issue then you’ll be less inclined to take him seriously on another. In practice, though, I think most of us have a much more nuanced, sophisticated approach to decision-making and opinion-forming. The fact that Hitler loved dogs, for example, has rarely been a deal-breaker for non-Nazi dog-lovers.

It distracts from our Cause

Ah yes. But which Cause? I notice that a lot of people who take this line are heavily invested in the notion that there is but one key problem we need to address and that the others are insignificant. For some, it’s the vaccines, for others it’s the looming financial collapse, or immigration, or - for one or two stuck in the pre-2020 paradigm - it’s fundamentalist Islam. Well I’m sorry to disappoint all you single-issue fanatics but the problem is much bigger and more universal than you think. What we’re experiencing right now is the culmination of a centuries-old, perhaps even millennia-old, war on humanity by a class of predator/parasites who loathe and despise us and see is as nothing more than cattle to be exploited or culled. This is a war on numerous fronts. It is, at least currently, primarily an information war. Our Enemy’s main weapon is lies; ours is the truth. We do ourselves a disservice if we decide that some truths are dispensable because they sound a bit weird or that our Enemy might mock these truths to try to discredit us.

But that particular theory is just crazy!

And you’d know how, exactly? If there’s one lesson we’ve learned in the last two years it’s surely that the people and institutions which have formed our understanding of the world are at best unreliable and at worst deliberately mendacious. Schools, universities, the food and pharmaceutical industries, the media, the entertainment industry, politicians, ‘experts’ of all hues, even our own parents: none of these are necessarily reliable guides to the true nature of reality. Things that for many of us for most our lives seemed like indisputable truths - the ‘fact’, say, that vaccines wrought massive improvements in public health and that they are one of the miracles of advanced Western Civilisation - have been revealed as arrant lies. The people we trusted most - doctors, for example - have been exposed for the most part as charlatans. So to those who declare, ex cathedra, that such and such a ‘conspiracy theory’ is not worthy of investigation, I would ask: ‘On what basis?’ And if, as I suspect, the answer is something on the lines of ‘Well it’s just obvious, isn’t it?’, I would suggest that this is not the voice of authority speaking here, but rather the voice of someone who (just like most of us) has spent too much of his life placing far too much credence in other people’s authority.

This is a piece I’d been meaning to write for some time but what prompted me to do so now was a comment one of my patrons made with regards to my recent Ole Dammegard podcast. Dammegard, as you’ll be aware if you could get past the appalling sound [don’t worry, we’re doing another one soon to make up for it] is probably the world’s greatest expert on assassinations and false flags.

Now there’s no doubt about it: some of the things Dammegard told me were quite mindblowingly extraordinary, almost defying credibility. For example, he suggested that since 2013, many of the big school shooting incidents and terror attacks which make the headlines and shock us into the desired responses - ‘We must have stricter gun control legislation’, ‘we must give our government more power to protect us’, etc - are essentially faked by teams of ‘crisis actors’. The reason for this, he explained, is that unlike real atrocities involving lots of deaths fake atrocities don’t engender groups of bereaved, angry mothers asking awkward questions and refusing to leave till they’ve been answered. In other words, fakery makes it easier to control the narrative.

This makes intuitive sense, especially when recounted by a man as sober-sounding as Dammegard. He comes across as a credible witness who has done his research, including interviews with former hit-men. Even so, how can we be absolutely sure he’s not a conman? And anyway, why take the risk that he might be, why put the credibility of the Delingpod on the line when there must be thousands of potential guests out there with less contentious, but no less interesting, stories to tell us about the world?

Well, my answer to the first question would be: while you can never be wholly sure whether someone is telling the truth or whether they are an extremely polished liar, what you can do is use your discernment. You can ask questions like: ‘Is Dammegard respected in red-pilled circles?’ [Yes, he very much is]. And: ‘Does what he is saying accord in any way with other things I know to be true?’ [Yes, it does. If you accept that The Powers That Be are cynical, organised and depraved enough to carry out the Kennedy assassination, fake the Moon landings and stage 9/11, then it’s hardly much of a logical leap to infer that they are also capable of false flag terrorist attacks and pretend high school shootings.]

And my answer to the second question would be: because if I were like all the other crappy, cowardly journalists and podcasters who steer clear of these subjects because they want to remain comfortably inside the Overton Window, what would be the point of the Delingpod? I mean, if you’re that desperate to stay safely within the confines of braindead Normiedom, there’s always Triggernometry…

15
View All
3
Reply
Interested? Want to learn more about the community?
What else you may like…
Videos
Posts

The Delingpod@JamesDelingpole
January 27, 2022
Welcome to the James Delingpole Community

"If you think the world has gone completely mad, you've come to the right place."

Here in our Locals Community, you can engage with other likeminded folk (or as James calls them, Sharklings) even more. There will be early-access podcasts, exclusive content, James' articles, Q&A livestreams, merchandise, in-person events and more!

As the Delingpod is James' sole source of income due to the current media landscape, none of this can be done without your generous support. Many of the benefits of the Locals community will exclusively go to paid supporters.

Although there is a base contribution to take part, you can also enter a custom monthly donation to James, if you are able to support James more than the base amount, he will be eternally grateful!

The Delingpod LIVE IN LONDON with @thecoastguy

The Delingpod@JamesDelingpole
January 17, 2023
Seeing Wolfish Ltd in Your Bank?

People are querying this payment, but no need to fear. This is your payment to Locals.

I did LOL at your comment at how bored listeners would be at Toby's endless self-justification of his controlled opposition position. But it was nothing as compared to his unfettered droning on his Sceptics podcast. I actually fell asleep...

It is hard to square the man who has done so much good work with his utterly banal Controlled Opposition takes on issues that are so demonstrably clear. It is infuriating, but the current spat between Stephen Crowder and The Daily Wire seems to be along similar lines, and it is important you discuss this in the next London Calling.

Also, neither of you are coming out in opposition to the insanity with regards to Ukraine. As such you will lose listeners to the likes of The Duran, and you should have Alex Mercouris on the Delingpod as a matter of urgency.

Finally finished this one. Not as interesting as the one he wrote on Salt. But still good. I think he wrote it over 20 yrs ago so I wonder what the cod industry looks like now? Anyone know? 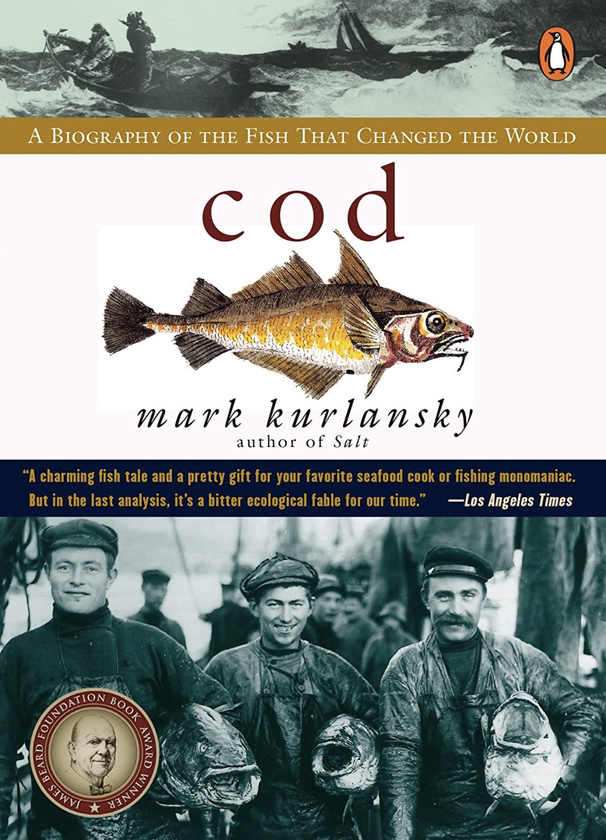 The Delingpod@JamesDelingpole
January 27, 2022
Welcome to the James Delingpole Community

"If you think the world has gone completely mad, you've come to the right place."

Here in our Locals Community, you can engage with other likeminded folk (or as James calls them, Sharklings) even more. There will be early-access podcasts, exclusive content, James' articles, Q&A livestreams, merchandise, in-person events and more!

As the Delingpod is James' sole source of income due to the current media landscape, none of this can be done without your generous support. Many of the benefits of the Locals community will exclusively go to paid supporters.

Although there is a base contribution to take part, you can also enter a custom monthly donation to James, if you are able to support James more than the base amount, he will be eternally grateful!

107
View All
32
Reply
Don’t have a Locals account yet? SIGN UP
I’m already a member Log in
Please keep this window open while your file is uploading...